As part of NIKE's long-running campaign, BRING. YOUR. GAME. & Cycle's new limited series, AD All Day, this film connects with the next generation of ballers by showing them that where you are from makes you, but it doesn't define you.

The documentary follows NBA superstar Anthony Davis' as he works with rising New Orleans high-schooler Semaj Matthews. AD acts as the narrator, reflecting on his early roots in Chicago and the long road from the hard streets of Chicago to the bright lights of the League, meeting with Semaj to talk about what it takes. 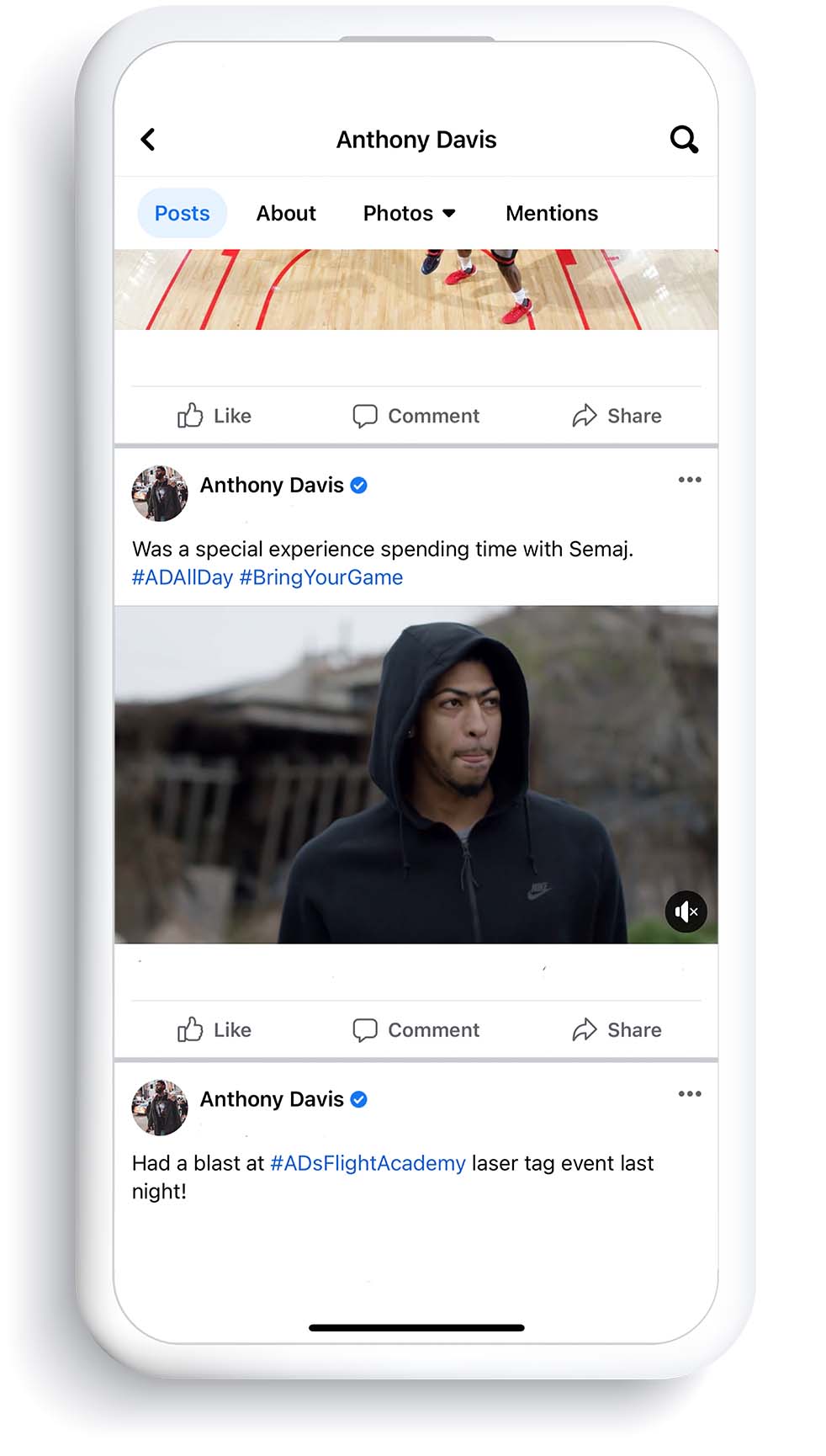