Listerine launched its newest fresh breath hero, Listerine Ready! Tabs, which needed a new consumer behavior for use. To normalize this new oral care action for a millenial audience, we featured its use in the iconic film property, Men in Black.

Using the franchise's beloved characters, IP, and iconography, we connected with consumers. As they were leaning into the excitement around the film, we revealed the new product and allowed them to try the tabs and tell their friends.

This campaign ran across TV, social, e-comm and had the product seamlessly integrated into the film, giving this new product a ton of early buzz. 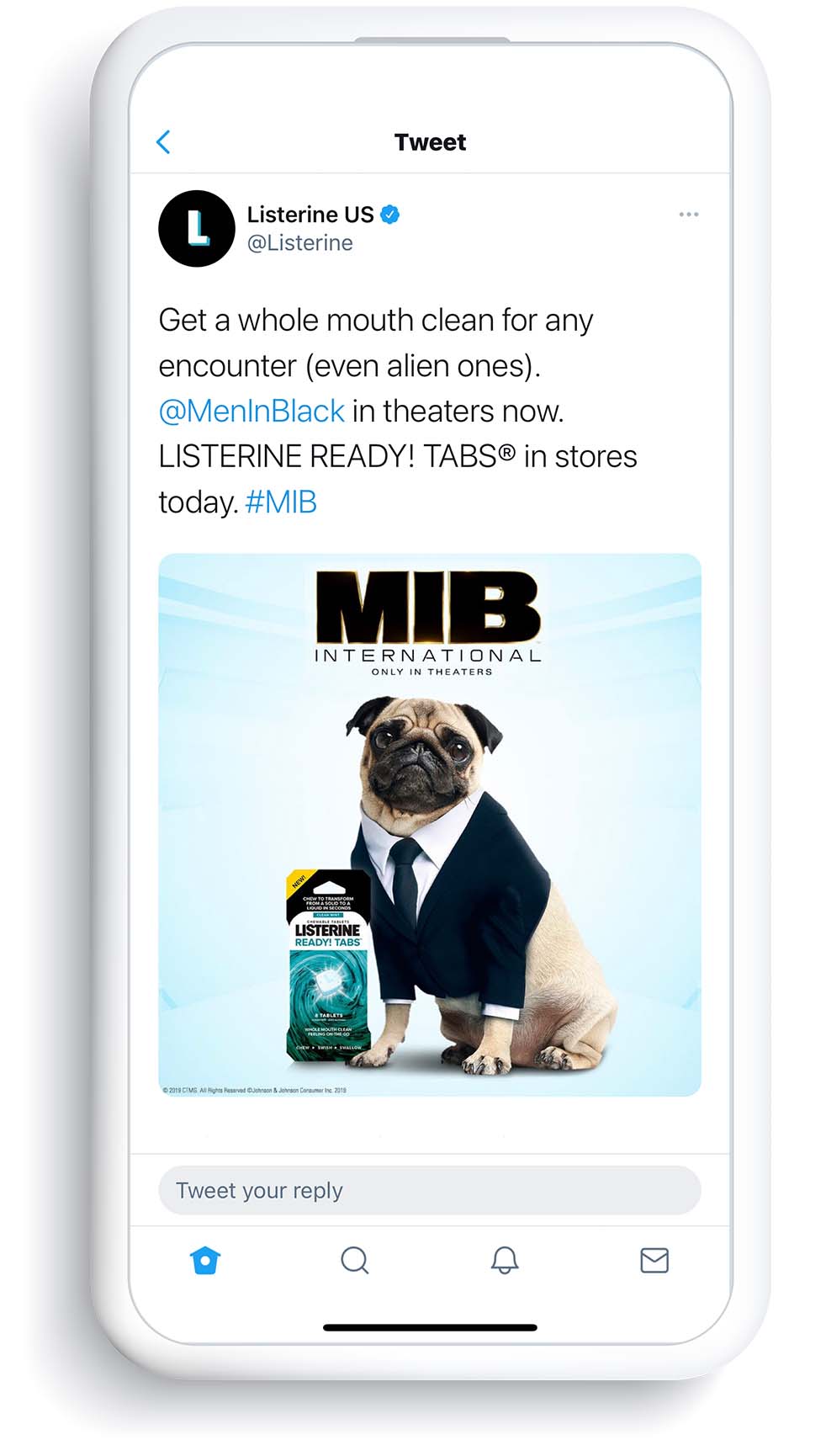 The commercial narrative revolved around our heroine, who is casually snacking when she witnesses two MIB agents gain access to a secret club through a hole in the wall at a regular old bodega. She tries to gain entry but is stopped by one of the film's most nostalgic characters and one of the franchise's most beloved, Frank the Pug.

To get access, she needs to freshen up with Listerine Ready! Tabs, which allowed us to feature the use of the tabs. After she pops one in, she's magically transformed into a Woman in Black and gains into the exclusive club.

We integrated into the Men in Black: International film during a pivotal scene, featuring the brand creative on a giant billboard in NYC. 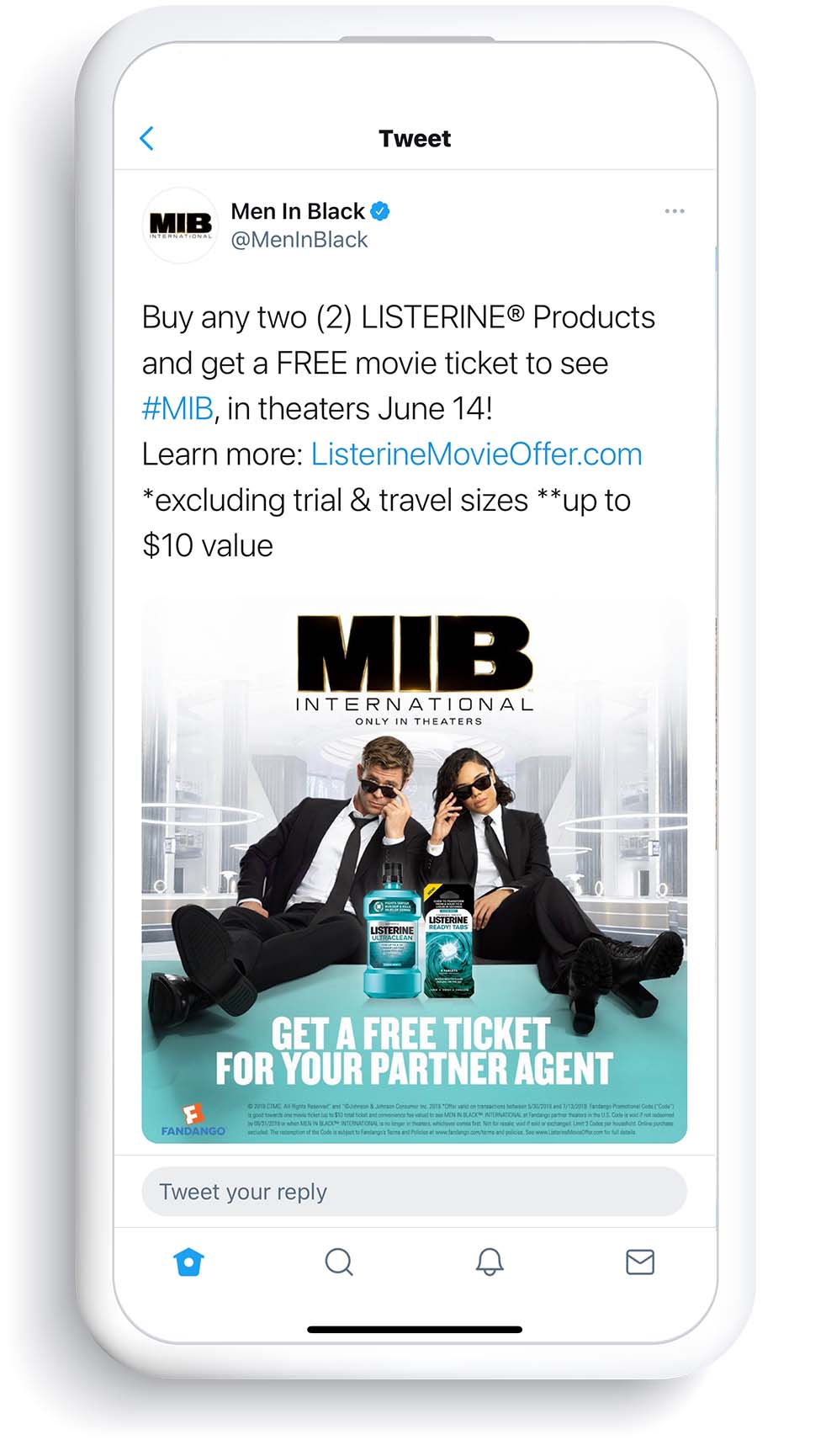 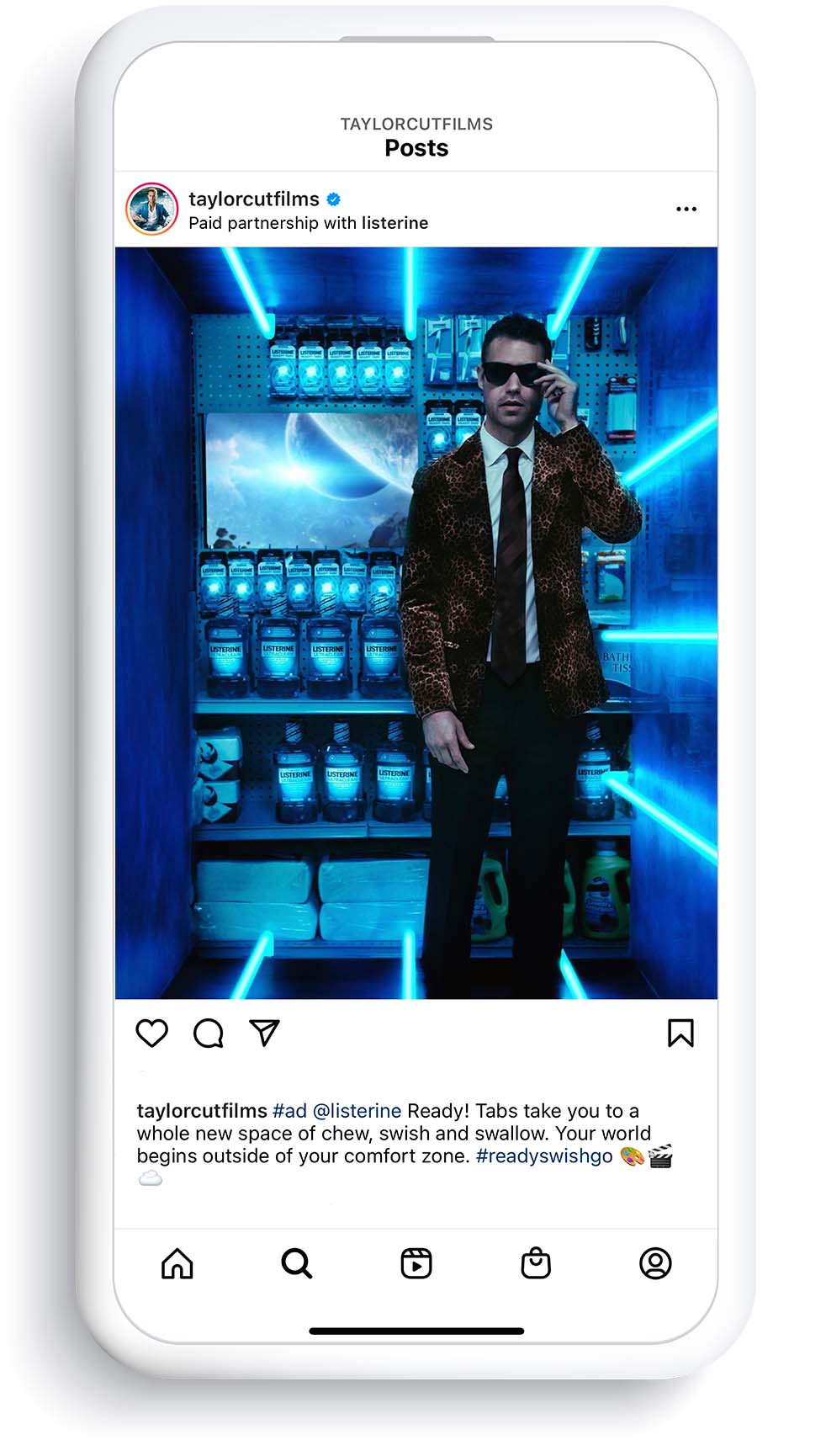 Through a partnership with Fandango we encouraged the audience to try the product by incentivizing them with free tickets and reached a whole new audience through a creator's feed.